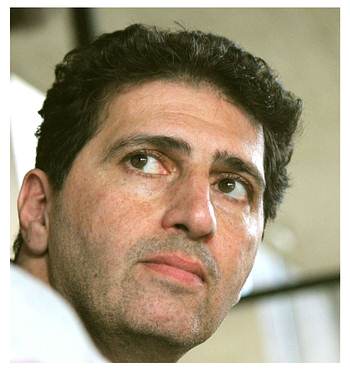 Tarek Assam studied philosophy, sociology and pedagogics at the University of Bonn. After that he studied dance at the Cologne Conservatorium.

In 1990 he became Director's Assistant and Company Teacher with Stadttheater Pforzheim and not long afterwards began choreographing for the company. Following this was a production of Sherezade for the Nationaltheater of El Salvador in 1993 and successful participation in several international choreographic competitions.

In 1995 he directed the Internationale Tanzwoche Eisenhüttenstadt and later in 2001 became Co-founder and Artistic Director of the now established annual TanzArt Ostwest Festival (2001).

As Artistic Director and Choreographer with Nordharzer Städtebundtheater, Halberstadt / Quedlinburg / Ballenstedt 1995 - 2003, Assam created a choreographic identity through the psychological themes approached in pieces such as Schachnovelle (1996), Minotaurus (1998), Blue Notes (2000) and Outside (2001).

A proposal from the John Cage Foundation in 2000 invited him to choreograph for both the inaugural (2001) and second (2002) installations of the John-Cage Orgel-Kunst-Projekt, Organ II / ASLSP by composer John Cage, a multimedia event planned in collaboration with the Guggenheim Museum, New York.

In 2005 Tarek received the Cultural Award of Varna from the Governor of Varna Yani Yanev, after restaging The Wall in 2004 and an earlier ballet Tango 18 in 2001 for the Opera House of Varna, Bulgaria.